LAHORE: The suspect arrested by Punjab police has admitted to his involvement in the rape of the woman on link road of Lahore motorway.

The suspect, Shafqat Ali apprised that the key suspect, Abid Ali, was his accomplice in many other criminal cases. The local media has quotes sources as saying that Shafqat Ali and his family members were already notorious in the locality for their criminal activities.

The 23-year-old was arrested during a raid in Depalpur. In his confessional statement, he said that they raped the victim after looting valuable items. Another suspect, Waqar ul Hasan Shah had told the police about Shafqat.

The prime suspect, Abid Ali, could not be arrested yet and police have launched a search operation against him.

Sources have said that Shafqat Ali’s DNA has matched with the sample collected from the site of the incident.

Shafqat and Abid Ali have been involved in different crimes for the last four years.

While, Waqar ul Hasan told police that his brother in law, Abbas, used to keep contact with Abid Ali through his phone number. Abbas is on the run. Waqar said he was not embroiled in the rape incident. LAHORE: A teenaged boy was arrested in Lahore on the charges of murdering his eight-year-old brother after sexual assault. The KARACHI: On Wednesday, the final autopsy report of Nimrita Kumari was issued by Chandka Medical College Hospital (CMCH). It revealed 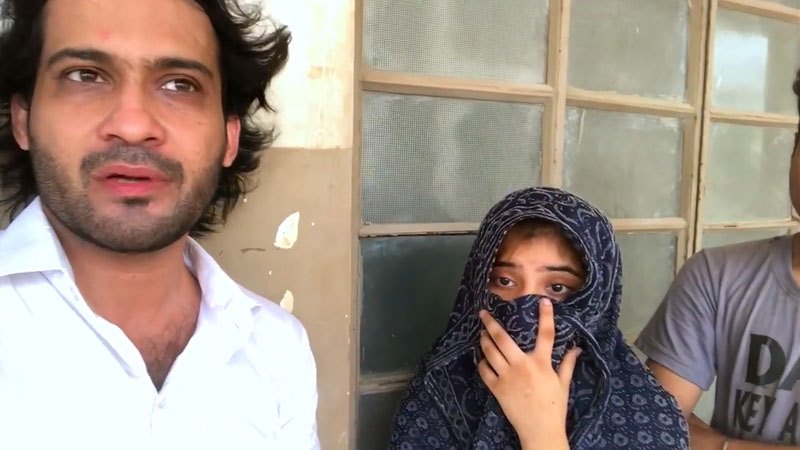 Samreen Asif, a mother of 15 year old Arooj claimed her daughter was allagedly raped by a man , Raza