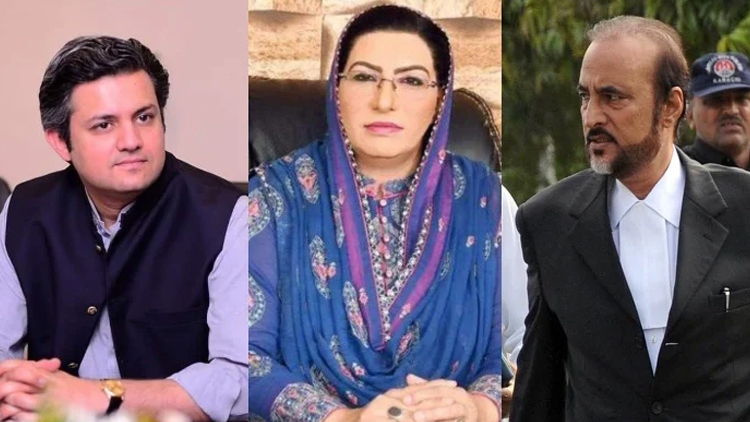 PTI workers and leaders were arrested late Monday night as Punjab Police raided the houses of several party leaders including Hammad Azhar, Babar Awan, Usman Dar, while a police constable was also shot dead during a “crackdown” in Lahore.

According to sources, a heavy contingent of police raided the house of PTI leader Hamad Azhar in Garden Town Lahore, Yasmeen Rashid and other leaders were present there.

Dr Yasmeen Rashid staged a sit-in on the ground to avoid arrest but police could not arrest any PTI leader from Hammad Azhar’s residence.

PTI workers also reached the residence of Hammad Azhar on receiving information about the police raid and chanted slogans against the police.

On the other hand, while talking to the media, the mother of Hammad Azhar said that the policemen forcibly entered the house and searched all the bedrooms.

Hamad Azhar’s guards allege that they were also tortured by police.

Later, Hammad Azhar also issued a statement saying that the sanctity of the house was violated, the police broke into the house without any warrant and it was a cowardly step of a cowardly government.

According to sources, police arrested 10 workers from outside Hamad Azhar’s house.

The son of PTI leader Babar Awan said that police came to our house and harassed the employees. The father has to appear before a three-member bench in the Islamabad High Court this morning.

PTI sources said that police have so far arrested 73 workers from Lahore.

Notably, Pakistan Tehreek-e-Insaf (PTI) has announced an Islamabad Long March on May 25 against the alleged ‘Imported Government’.