Famous Pakistani Urdu poetess Parveen Shakir was remembered on her 68th birthday who was born today (Nov 24) in 1952 in Karachi. She was also a teacher and a civil servant.

Parveen Shakir was famously known as ‘Poetess of Fragrance’ because of her first notable work titled “Khushboo”. She was considered one of the most modern poets of her time besides romanticism she highlighted the issues of gender inequality, social discrimination and even prostitution including all the common traits of human nature that were mostly considered as taboos in literature.

She was the holder of three master degrees and a PhD in Bank Administration. Shakir had excellent command in both the ghazal and free form (nazm). She was also influenced by English literature which could be observed through her work “We Are All Dr. Faustus” in which she drew a comparison between modern society and the most anxious character of Dr Faustus (fictional).

She belonged to a conservative family and also faced problems in her marital life which ended in divorce. After all, on December 26 1994, Parveen’s car collided with a bus while she was on her way to work in Islamabad which resulted in her death. Since then her legacy and contribution to Urdu have been celebrated.

She was awarded one of the highest honours of Pakistan, the Pride of Performance, for her outstanding contributions to literature. The road on which the accident took place is named after her as Parveen Shakir Road. 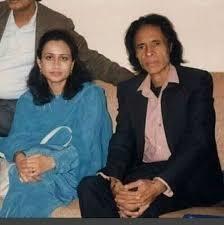 A year ago in 2019, Google also celebrated her 67th birthday and paid her a tribute with a Google Doodle. The 25th death anniversary of Pakistan’s renowned poetess Parveen Shakir is being observed today (Thursday). The self-made poetess was born