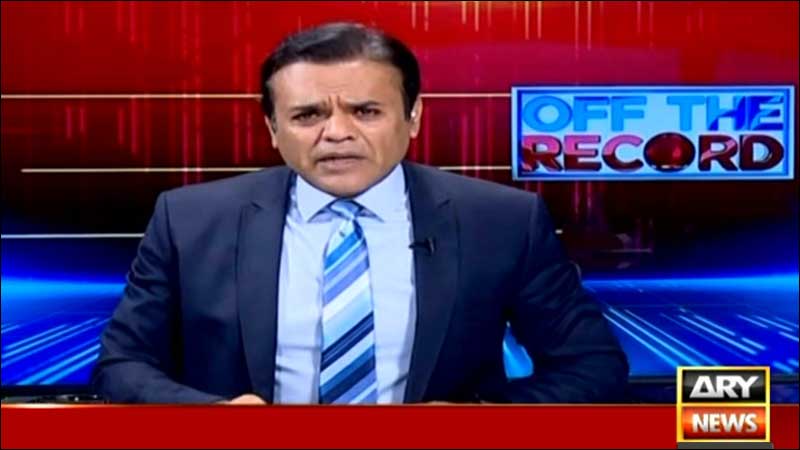 The PEMRA, in its prohibition order, said Faisal Vawda performed very unethical act and arguments made by him were not only extremely frivolous and derogatory but also an attempt to debase a state institution.

It termed the role of Abbasi “quite unprofessional” as he did not intervene or stopped the panelist of his live show from making such remarks and bringing an army boot. It said the programme host took the entire incident casually and kept smiling/ cherishing it.

The electronic media regulatory authority expressed suspicion over intention of airing the content saying that it appeared to be a deliberate attempt to demean the army institute by dragging it in the debate.

The PEMRA said, viewing the said reasons, programme ‘Off The Record’ and its host Kashif Abbasi were banned. This ban prohibits Abbasi from appearing on any television during the meantime.

During the programme on Jan 14, Vawda had ridiculed the Pakistan Muslim League-N and Pakistan Peoples Party using an army boot in live TV show. KARACHI: The Sindh government on Tuesday launched a financial support programme for mother and child in Tharparker and Ummerkot districts.