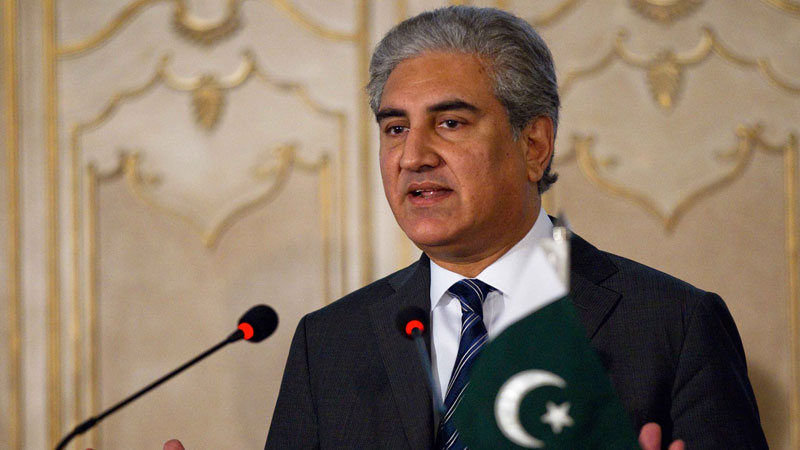 “The climate change is a real threat in the country and it is our responsibility to improve the environment,” Shah Mahmood Qureshi said while addressing an event in Islamabad. He said the foreign ministry will initiate the cleanliness and tree plantation campaign on the Independence Day, which would be followed suit by others.

The region can be hit hard by drought and floods in the future if the environment condition continued deteriorating and it would severely hurt the economy, he feared.

The main reason behind choking of sewerage lines in Karachi was shopping bags among others, the minister said adding that since the plastic bags were not biodegradable it created a mess. He said when a tourist would see piles of garbage, he would never visit that place again.

“Pakistani youth should take ownership of this initiative as they have the potential to bring the change. We will have to do it collectively,” he said.

Minister of State for Climate Change Zartaj Gul on this occasion said the federal capital was the city where diplomats and educated people lived, so it was the best place to begin this campaign. She said the civil society was already working on it but they did not have ownership so the climate change ministry was giving them the ownership.

She requested people to shun usage of plastic bags in daily life.

Viewing the rising environmental pollution, the government of Gilgit-Baltistan in April this year had banned plastic shopping bags in Hunza which had provided some relief to the environment but created little trouble for the people.

The provincial government had first launched an awareness campaign against hazards of plastic waste and then imposed a complete ban on its use and purchase. ISLAMABAD: The National Command and Operation Centre (NCOC) has decided to initiate mass vaccination campaign under “whole of the nation