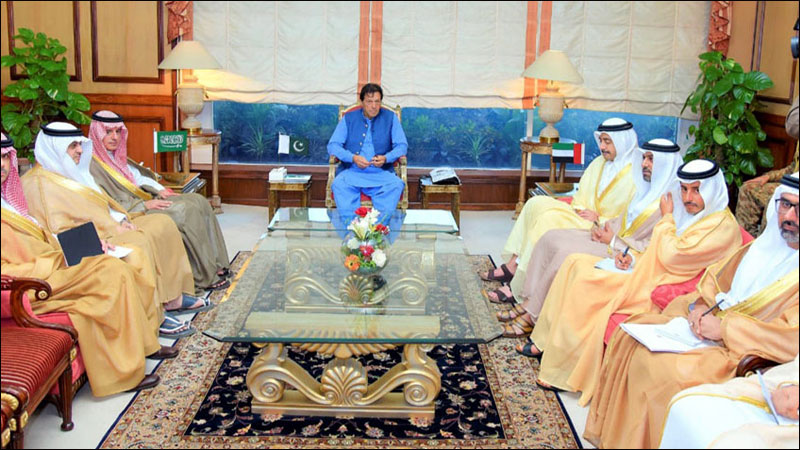 He stressed the importance of immediate lifting of curfew, removal of restrictions on movement and communications, and respect for the fundamental rights of the people of Occupied Kashmir.

The main focus of the talks was on the situation arising from India’s illegal and unilateral actions in the Indian Occupied Jammu and Kashmir.

The prime minister highlighted Pakistan’s deep concern over the worsening human rights and humanitarian situation in Occupied Kashmir because of the month-long complete lockdown and communications blackout in the occupied territory.

The visiting dignitaries reaffirmed the strategic significance of the relationship of Saudi Arabia and the UAE with Pakistan.

They fully understood the anguish of the people of Pakistan over the recent developments and expressed concern over the worsening humanitarian situation in Occupied Kashmir.

“There is a genuine fear of a false flag operation to divert world’s attention from India’s illegal actions and intensified repression of Kashmiris,” he said.

The premier added that Saudi Arabia and the UAE had an important role in this regard.