No Result
View All Result

by Web Desk
in IN PICTURES
0

A sweet shop owner from Mumbai was asked by a local leader to change the name of his shop as it contained the word “Karachi” which reminded him of Pakistan.

The incident took place in Bandra West region of Mumbai when Shiv Sena’s leader Nithin Madhukar Nandgaonkar met with the shop-owner and allegedly forced him to remove the name. The video of their conversation went viral on social media. 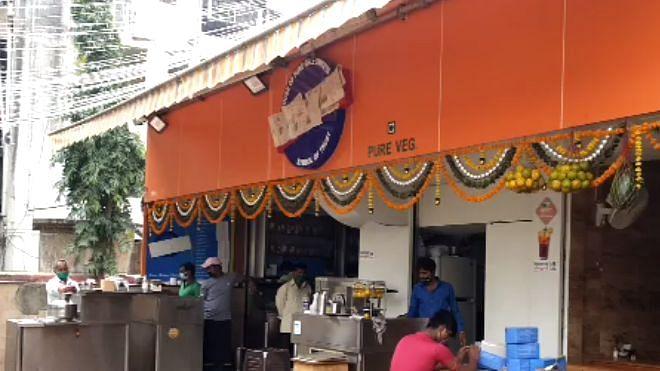 However, another leader and legislator from Shiv Sena, Sanjay Raut has said that Nandgaonkar did not represent the party’s stance and distanced the party from the incident but the sweet shop’s signboard has remained covered so far. “They (Karachi Sweets) have nothing to do with Pakistan”, remarked Sanjay Raut.

Karachi Sweets along with Karachi Bakery have been in Mumbai since the last sixty years. The shops were opened by the Hindu migrant families from Karachi after the partition of 1947.

This time children will not be promoted without examinations: Sindh Education Minister

No Result
View All Result