DSP shot dead in exchange of fire with wanted criminal 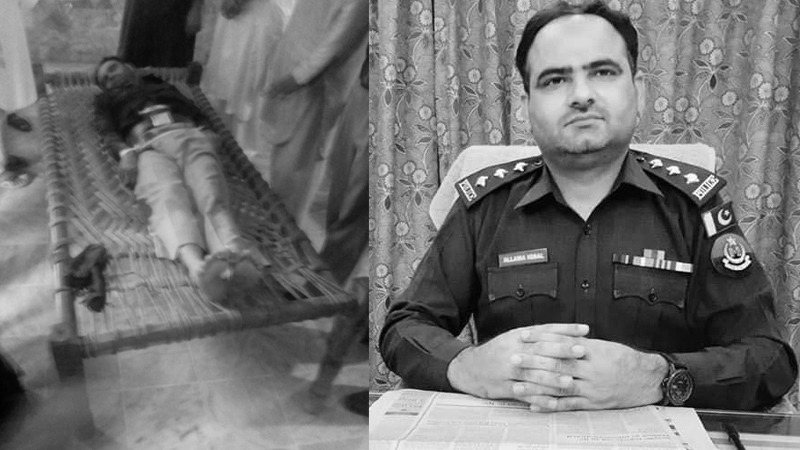 SWABI: A deputy superintendent of police was shot dead in exchange of firing with a wanted criminal in Kalu Khan Ahad Killay area of Swabi district on Wednesday.

DSP Allama Iqbal was martyred in exchange of fire with Naseer who was wanted in multiple cases. According to details, police carried out raids at a house on a tip-off. The suspect was present outside the house. Police first tried to arrest him, but he opened fire on the police officer leaving him dead and two others wounded.

Police have recovered weapons from possession of the suspect.