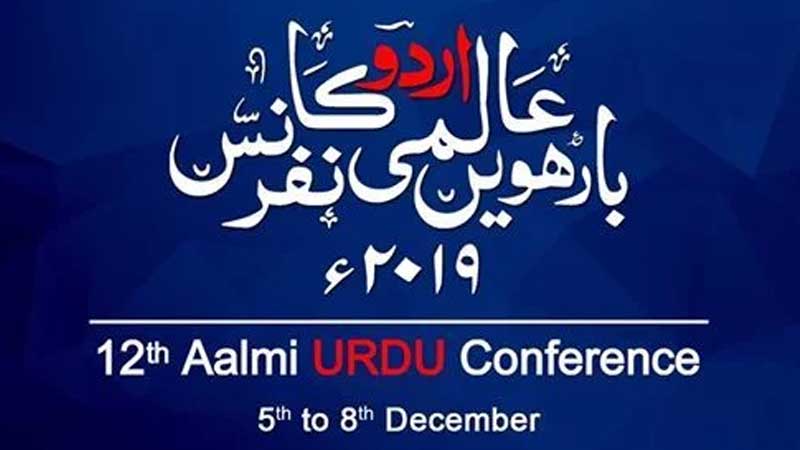 KARACHI: The 12th International Urdu conference kicked off at Arts Council of Pakistan in Karachi.

Chief Minister Sindh, Syed Murad Ali Shah said that the cultural harmony in Pakistan is stronger than any country in the world.

“People coming in here today are the guests of Pakistan in general and Sindh particularly,” he added.

He said that President Arts Council of Pakistan, Muhammad Ahmed Shah is continuously struggling to develop the image of Pakistan. Karachi is the main hub of these cultural activities and being a multilingual city, it has more cultural and linguistic harmony.

He further talked about the ongoing projects in Karachi and said, “We are trying hard to develop Karachi and encouraging people to know explore the wonders of it.”

The first session of the second day of the 12th International Urdu Conference commenced with the session entitled “Poetry and Modern Consequences”.

She said, “With time, the feelings in the poetry appeal more to realism and closer to that of materialism.”

Mubeen Mirza presented his paper on“Modern Poetry: Anxiety and Possibilities”. He pointed out that the fate of poetry in the upcoming future is of utmost importance these days.

Every so often, the problem becomes more critical of its existence, particularly so in the complexity of behaviors, he said.

He said that these poetic conferences were the true means to learn and understand poetry. However, nowadays they are fused with entertainment which prevents the public to grasp the actual purpose of these conferences. Mirza further explained that Europe is currently exploring the different possibilities of literature and poetry in the coming era.

Dr Fatima Hassan spoke about “The layers of feminism in the modern poetry” in her paper. She explained that women are now enthusiastically taking part in writing Ghazals and poems.

Kishwar Naheed is a writer of both Ghazals and poems, whereas Fahmida Riaz writes less in Ghazal but her lyrics are said to be revolutionary. Her write-ups are considered zestful. Parveen Shakir is also very popular in the literary world.

Shadab Ahsani presented his paper titled “Urdu poetry and Pakistani narrative.” He said that no nation could exist without a narrative; the existence of Pakistan depends on how it is described.

Tanveer Anjum discussed her paper on the “Urdu prose poems and the post-modern situation.” Rukhsana Saba spoke about her research on the “Long poems in the 21st century.” She pointed out that modern poetry takes the shape of long poems.

In the second session of Day 2 of the 12th International Urdu Conference at Arts Council of Pakistan, the York Shyer Literary Forum Award held a conference which was hosted by Ghazal Ansari.

The York Shyer Literary forum presented two Lifetime Achievement Award to Shahnaz Noor, who is a poetess from Pakistan and Ahmed Atta Ullah, a poet from Kashmir.

The York Shyer Literary forum presented two Lifetime Achievement Awards to Shahnaz Noor, who is a poetess from Pakistan, and Ahmed Atta Ullah, a poet from Kashmir. The award committee was chaired by Ayaz Mahmood.

The famous broadcaster, Raza Ali Abdi presented the awards and congratulated the president of the Arts Council of Pakistan, Muhammad Ahmed Shah for the past year’s 11th successful International Urdu Conference. The legendary singer, Rahat Fateh Ali Khan has been given lifetime achievement award and an honorary membership by the Arts Last night, Ahmed Shah, President of the Arts council updated the nation about legendary Anwar Maqsood’s health as its deteriorating KARACHI: A session on “What is Pakhtoon Culture?” and the significance of Urdu literature in the modern era was held